I Stand for dancing with hard-won skill and joyful abandon, at any size.

I Stand for my Sisters and Brothers who have declared this Public Statement.

I Stand against sexism from anyone toward anyone, for any reason.

I Stand against body shaming, large or small, old or young, strong or weak, any gender, any class or status.

I Stand for personal choices and human dignity.

I Stand against bullying, abuse, and violence.

I Stand with you, my fellow dancers, to create safe spaces of respect and encouragement. 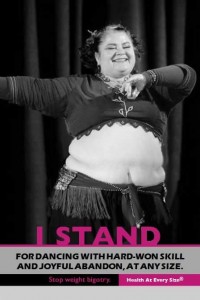 I STAND: For dancing with hard-won skill and joyful abandon, at any size

I created this poster-version for the I STAND movement/community. The original photo was by Lee Corkett Photography.

And here it is on tumblr: http://istandagainstweightbullying.tumblr.com/post/18363799222/i-stand-for-dancing-with-hard-won-skill-and#notes 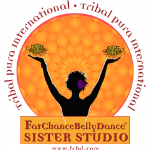